According to studies by several researchers, most of us face with at least 200 lies a day. But, most of these are white lies.

“Sure I would love to see your vacation pictures.”

“I was late because of traffic- When it was no traffic, you just wake up late.”

These lies are not a problem. What you should consider are statements that are related to your business, career or social life.

“If this company isn’t growing, I wouldn’t suggest you invest.”
“There is only one place left… sign now before is too late”.
“I am stuck in New York honey, my client insisted on another meeting.”

Missing these lies is dangerous. Repeated studies have shown that we distinguish truth from the lies only 54% of the time.

7 Basic emotions
It is important to know basic sincere feelings so we can make the difference between them and lies.

1.Fear– When we feel fear, our eyebrows shoot up, and eyes are more open. Our jaw drops open lips stretch horizontally, and we pull our chin back.

2.Sadness– Corners of our lips pull down, we raise our cheeks in a near squint, and upper eyelids droop. Some researchers say that a sad face is the lower intensity version of crying face.

3.Happiness- We show happiness with a genuine smile, where both checks are in symmetry.
It causes involuntary movements of the muscles around the eyes and narrowed eyelids.

4.Surprise- Our eyebrows rise, eyelids widen, and our mouth drops down.

5.Anger-Eyebrows down, lips narrowed and pulled in tight.

6.Contempt- Asymmetric face, one lip corner pulled back and in. 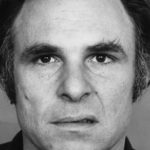 7.Disgust– We show disgust by scrunching up the nose and raising our checks and upper lip.

Some people may have skills in manipulating their facial muscles than others, but no one can control the face entirely.

The reason is that brain areas like the amygdala and prefrontal cortex process emotions making challenging to control.

When we feel an emotion, our brain sends a message to our face so that we can show that feeling.
The process happens so fast that often our facial expressions show what we feel even before we’re conscious of the feeling.

Clues you should look for in the face
There are nine facial indicators which everyone can spot a lier.

Micro-expressions are involuntary expressions that can flash in the face in 0.25 seconds. They show the real underlying emotions someone wants to express.

Q- “Are you going to work on Sunday? We have a lot of work to do”.
A- “Sure I don’t have something to do on the weekend.”
Microexpression- Anger flashes as you think, “You bastard.”

Sometimes we try to cover what we are genuinely feeling with a smile.

A smile is the most natural voluntary facial expression a human can make and is often used to camouflage feelings.

3-Muscle patterns
Some muscles you may control easily are eyebrows or muscles that govern lip corners and lower cheeks.

The muscle that you cannot control is orbicularis oculi. It is the muscle which narrows the eyelids.

The rule is only genuine happiness will produce genuine smiles.

If you doubt if someone is really sad or not, look at the chin muscles. Only 10% of people can pull down the corners of their lips without letting their chin muscles move.

4-Blink rates
Some people say that when someone is lying, they will not look you in the eyes. The average level of eye contact is 30-60%, so this is not true. Good liars often stare at the other person eyes.

Blink rates are a more useful indicator than eye contact. When people tell a lie will often blink more than they do when they are telling the truth.

5- Pupil dilation
A large dilated pupil indicates that the person is experiencing an intense emotion. Since no one can control the size of the pupils, it is possible that may be feeling fear or other emotions.

6-Tears
They are reliable indicators of emotions such as stress, sadness, and in some cases happiness. For some people, tears are not hard to fake. In the first century BC, Publilius Syrus wrote, “Women have learned to shed tears so that they might lie the better.”
One century later Roman Cato said, “When a woman weeps, she is constructing a snare with her tears.”.
It points out that men are aware of how powerful tears are as an aid to lying.

8-Timing
The timing of a facial expression is related to other body parts. Let’s say that someone is pretending to be angry cross his arms and then scowl.
If he had been angry, the arm crossing and the scowl would have taken place at the same time.

9-Duration
The genuine expressions of emotion rarely persist longer than 5 seconds and never more than 10.

To spot a lie, we should use intuition and realize how someone behaves when is telling the truth or lying.

The Northwestern University study showed that even when people did not realize they had seen a micro-expression. Their brain activity was affected by its fleeting appearance on someone’s face.

Just because we consciously recognize a micro-expression doesn’t mean we don’t respond.

Trust yourself! Lie detection and intuition have a reciprocal relationship. Most of our decisions, both large and small, are informed by intuition.

How to Write Copy that Sells Like Crazy74 Total Shares

How to develop charisma and influence people36 Total Shares

If you buy a product on Amazon from the affiliate links in this site, I make a small commission.

It helps me keep this site online, and write more helpful articles.

I don’t recommend products that I haven’t used or that I don’t believe in. Thank you for your support.